United Nations Convention on the Rights of the Child (1989)

We at BellaBabyOrganic totally and without reservation abhor any and all forms of underage child labour. Our ethical business base has no place for this practice and never will have. 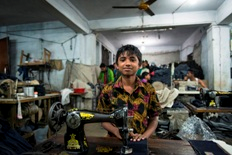 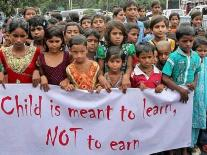 We continually monitor all facets of the supply chain that eventually produces the organic cotton products that are sold under our brand name. One of our base pillars of manufacturing is that there must be no child labour employed at any stage within this supply chain.
There is a responsibility for tackling child labour abuses. We as manufacturers and retailers must accept full responsibilities for our actions when it comes to the final analysis. We must all understand the inherent risks of child labour practices being present in some part of our supply chain.
It is our responsibility to ensure that it does not continue. BellaBabyOrganic as a company must develop and pursue a detailed policy of due diligence when it comes to this issue.

Representatives of our company have spoken to the immediate manufacturers, farmers and producers to try and ensure that there are no children at all in the supply chain, or if there are children above the minimum age, that they are working in acceptable conditions. 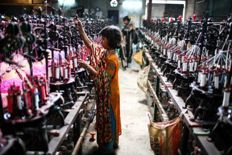 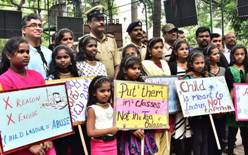 One of the most common problems facing many Indian families with young children is low wages. As wages move downward towards the poverty line the necessity to look elsewhere for monies to supplement the family’s earnings grows proportionately. This is a given fact. One answer to this problem is to pay a fair and reasonable wage to the adult members of families in order to alleviate the necessity of obtaining work for their under aged children.

At BellaBabyOrganic we have no hesitation in scrutinising our suppliers wage payment scales. We do not abide by the LOWEST COST DENOMINATOR rule, whereby all negotiations are performed according to how low we can bring the base cost of our component parts of our products down to. We believe in the basic wage necessities and then add to that. The issue is not the lowest wage rate but the fairest wage rate and on this principle we will not compromise.

Children are often at the cheapest, most exploitable and expendable end of the labour supply chain; but child labour can also be an indicator of poor attitudes and behaviour towards workers more generally. This is an issue that attracts our full attention.

Our label BellaBabyOrganic is a firm guarantee that no illegal or unethical child labour has been used in any part of the supply and manufacturing chains that we purchase our products from.

It is not within the scope of this article to discuss the many and varied forms of child abuse either being by labour practices or other sad forms. There have been volumes written on the subject. It is suffice to say here that we at BellaBabnyOrganic will continue to follow our basic policies of fair wages and child labour scrutiny.
Having alluded to the terrible problem of child labour abuse within certain industries, it is only fair to say that enormous strides have been made by certain countries to curb if not eliminate child labour exploitation. One country that stands out in this arena, is India. There are estimates that between 60% and 70% of child labour abuse in the Textile and Garment industries have been eliminated within the last decade. Even though statistics in any field are always open to varied interpretation, if 50% is taken as the base figure, it is still an incredible achievement. It shows various Indian government agencies commitments to bettering the lives and working conditions of its most vulnerable citizens.