A BRIEF REVIEW ON THE SAD PLIGHT OF THE AVERAGE SMALL SCALE INDIAN FARMER.

This BLOG is a basic compilation of the various negative situations that the average small acreage Indian farmers face on a daily basis.
Why write about such things?
We write about these unjust situations because at BellaBabyOrganic we care.
So far through our efforts (and many others) we have gone on to help over 80 small time cotton farmers continue along the path of their organic cotton journey. This is only a minute number in a veritable ocean of small acreage Indian cotton producers but it is a start. It has proven to those involved in this endeavour that a situation whereby a small cotton farmer can earn a living from growing an organic cotton crop and throw off the yokes of GMO seed dependency and the hazardous and expensive needs to buy and use dangerous pesticides.
The bulk of this article is about the hurdles that the Indian farmers must face and jump, just to survive. By its conclusion, it will be blatantly obvious, that for those who carry such a burden, it is not “a walk” in the proverbial park. 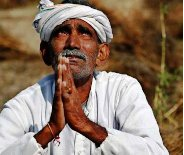 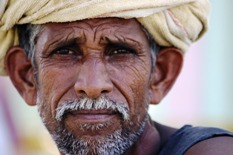 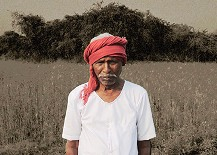 Through various forms of pressure, either political, social or economic, farmers started trying out all the Bt -hybrids but failed to compare Bt hybrids with their Non Bt variants.
Many farmers were forced to take risks in situations where no lifeline exists in the advent of failure. As in most societies there is peer pressure, and a measure of conformist pressure, (I will plant what my neighbour plants), and a fear of being isolated in the village.
Maybe the herd instinct manifests itself and the farmer has certain feelings of increased social comfort levels if he goes along with the rest of his neighbours. 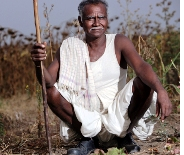 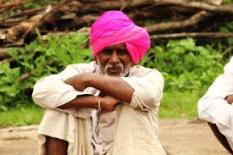 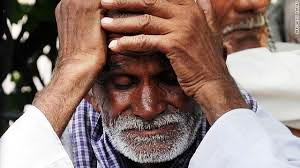 It is well noted that with the addition of new hybrid varieties of seeds the choices available to the farmer were narrowing dramatically until a situation arose (as it exists today) whereby the are few choices at all. A steep decrease in the availability of the Non Bt hybrids in the market has been well documented. There has been an information overload with regards the benefits of Bt hybrids and there are some that say, that this information overload has been deliberately created to misinform the average Indian farmer as to the true pros and cons of the situation.
Many women and children are involved in the picking of the ripened cotton buds and in this situation there have been many reports of incidents of allergic reaction on skin while picking cotton. A number of these allergic reactions are known to be life threatening.
Alongside the Increase in incidence of root rot damage on their cotton as well as succeeding crops (grown on the same piece of land after Bt had been grown), chilly being one of those cash crops. Then there was the return of forgotten pests on cotton like Mealy bugs. 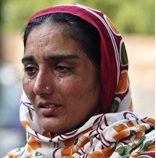 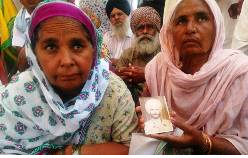 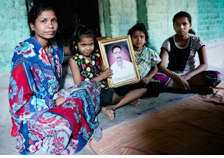 Prior to the introduction of GMO strains of cotton seeds the Indian farmers were beset by numerous adverse situations. These adversities seem to repeat themselves with monotonous regularity. They include frequent & severe pest incidences, pests resistant to many of the pesticides and crop failures. Then there are circumstances far beyond these peoples’ ability to control. There is the need for extreme dependence on chemicals which include spurious insecticides and seeds of dubious quality. While mounting losses are being incurred on a regular basis, there are no alternative remunerative crops available to these farmers. One the surface there appears to be easily available loans for all agricultural inputs but the cost is continued and sometimes violent collection methods used in the settlement of these loans.
Many farmers are now aware of the long term effects of the hazardous chemicals that they need to use but feel powerless when it comes to discontinue their use.
Further adding to these rural woes is the Increasing labour shortage due to migration of labour to nearby cities in search of better employment, leading to farmers looking for less labour intensive ways.
Far too many farmers feel wretched and helpless, watching their sheep and goats die grazing Bt. fields. These farmers are unable to find enough feed for their sheep and goats on account of extensive Bt. cultivation.
As too often happens, politics play a major role in this agricultural tragedy. All political parties in these areas exhibit a lack of vision and continually display a predisposition to shift positions when ever they feel that it is politically expedient. Their values are purely and simply based on short term political gains and in no way do the farmers’ problems enter into their value systems.
The scientific and regulatory systems have failed these people miserably. They offer no glimmer of hope. On one hand they say to curtail the use of pesticides and on the other they advocate to use more leading to an over reliance on chemical spraying. It is common knowledge that most departments in this sphere are woefully understaffed and working far beyond their capacity to bring about meaningful changes. This leads directly to the failure of the scientific community either to evolve alternative pest management methods or to take forward the sporadic yet significant efforts by individuals or organizations on that front.

For one reason or another many scientists are brushing away field evidences as emotional statements and stray incidents, while showing least inclination to take note of early warnings. This situation can lead to long term catastrophic results.

It does not matter in the least what people or companies may say, the harsh reality is that one poor Indian cotton farmer commits suicide every 30 minutes. 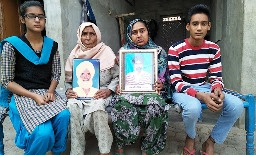 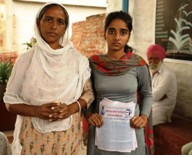 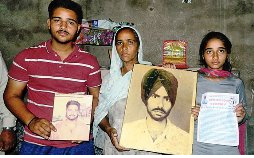